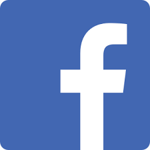 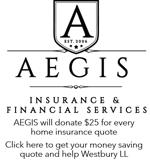 In Memory of Jon Levitt

It is with infinite sadness that I write to you with the news that a long-time member of our community, Jon Levitt, has passed away. Jon was a scientist, and a deeply modest person, who liked to tease me for being long-winded, so I will try to brief here. To put it simply: Westbury Little League would not be what it is today without Jon Levitt's work and example. In addition to coaching his sons Ryan and Chris through Westbury, Jon was Umpire-in-Chief here from 2009-2017, staying on even after his sons had graduated, out of his commitment to the league. During that time, Jon mentored hundreds of umpires and exemplified in every way the values of volunteerism, fairness and sportsmanship that we strive to impart to our kids. He umpired more little league games than anyone I’ve ever known and a generation of children have been able to play in a safe, fair environment because of his work.

Jon Levitt was one of the best, most honorable people I’ve ever known, and I think that part of his passion for umpiring, which he pursued at many levels, proceeded from his sense that it was an opportunity to create a pocket of fairness in the world. Jon took umpiring with tremendous seriousness no matter how relatively important or insignificant the particular game might have been. He taught umpires to always react to what they actually saw happen, not what they expected to happen. If he was a stickler for the rules, and he most certainly was, it was not out of a desire for control or pettiness, but rather in the spirit of safety first of all and secondly in ensuring that things, at least on that field, on that day, be done the right way. One of his favorite quotes on the field, said in full Irish brogue, was from the movie The Quiet Man: “The proprieties at all times.” Like any umpire, like any human, Jon made mistakes. But he was always ready to admit them and put things right. Jon also kept his lively sense of humor on the field. He retained, I think, a particular fondness for Little League because of the beautiful absurdity that can only occur when 3-12 year-old children play baseball.

For all of this, Jon was very humble and never sought attention or recognition for all his work, for the countless bruises he got from foul balls, for the long, hot days umpiring tournament games to raise money for the league. One of my favorite memories, however, is of Jon on the day we recognized him when he retired from the UIC position on Closing Day in 2017. Jon allowed himself a modest but definite smile as he walked off of M2 with more than 200 players chanting “Blue! Blue! Blue!"

In addition to his passion for umpiring, Jon had many interests and talents. He was an Associate Professor of Immunology and Pathology at Baylor College of Medicine where his research focused on prostate cancer. Jon was also a chef of extraordinary talent. I am not exaggerating in the least when I say that the multi-course dinner he once cooked for me at his house was the most beautifully prepared meal I’ve ever had. Jon was an artist in the kitchen, nothing less. Jon also loved a good glass of Scotch, a running joke (perhaps he might not like the baseball pun there, however), a philosophical debate and most of all good company and friends. Above all else, however, he was a devoted, loving husband to his wife Kelly and father to Ryan and Chris. Please keep them all in your hearts and when you are at the fields, pay tribute to him by a simple “Thanks, blue,” when you see an umpire.